Do cardinals mate for life? Yes! Cardinals frequently mate for life, with some pairs staying together all year long nesting their territory. In other instances, cardinals may leave their territory to join a winter flock, but they usually reunite in spring in their nesting area. The male and female cardinals communicate with each other through song. Some pairs do break up to search for new mates, even during the nesting season. A cardinal may also be forced to look for a new mate if one member of the pair dies. 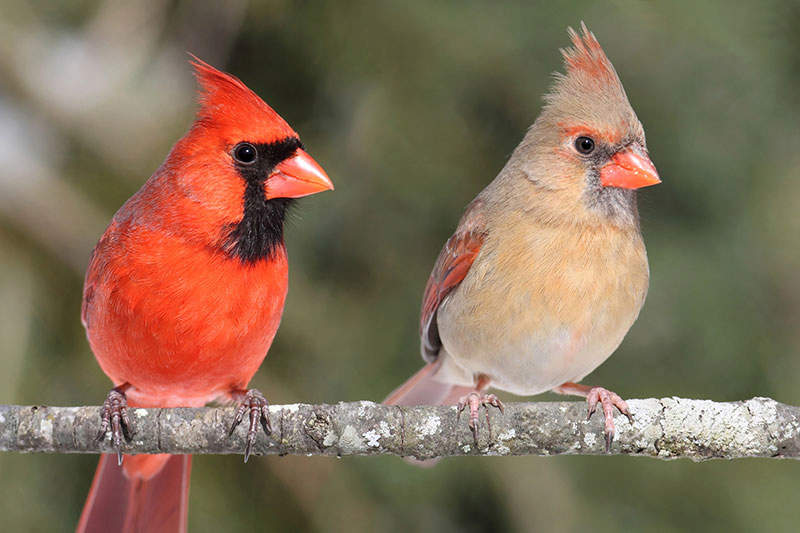 The Lives Of A Pair Of Cardinals

Cardinals are so stunning, and they have gracefulness with exciting mating rituals. The females are mainly brown with dashes of red on their head, wings, and tail. The males have a bright red plumage and a distinctive black mask. They are usually found in open fields, on the edges of woods and thickets, and in suburban yards and gardens.

An adult northern cardinal is about seven and nine inches long and weighs between 1.4 and 1.8 ounces. Both the male and female cardinals have unique, feathered head crests and strong red beaks. You can spot an immature cardinal by its black beaks and olive plumage.

The northern cardinals are mainly found throughout the eastern United States or South nearing Mexico and Central America. Cardinals usually do not migrate and stay in permanents residents throughout their range. However, global warming and the ongoing fragmentation of natural forest habitats by human beings have forced their distribution North towards Canada.

Cardinals feed on various seeds, including seeds from smartweed, pine trees, foxtail, bindweed, chickweed, buttonweed, and sorrel. They also feed on fruit seeds, including dogwood fruit, cherries, blackberries, and raspberries. Other items on their diet include buds from chokecherry and elm and insects, especially the young cardinals.

Bird feeders attract cardinals using sunflower seeds or safflower seeds. Their survival is threatened during the colder winter months as it deprives them of seeds and insects, causing them to die due to lack of food. A human-maintained bird feeder can help them outlive the winter as they do not migrate.

It is ideal to set up a table feeder with space since they like to perch while feeding. There are also bird seed feeders with perches. You can easily spot them near bird feeders when they are nesting nearby, usually in pairs when mating. When a female cardinal is preparing and sitting on the nest, a male bird usually collects seeds to feed its mate.

The Northern Cardinals usually ensure they attract the right partner. By early spring, the pair starts to bond as the males begin their mating dance. If you are lucky enough and enjoy bird watching, you may catch this exciting dance. The male will put up a dazzling display of courtship using its bright crest and vibrant red feathers. The dance involves showing off the feathers and swaying from side to side while singing a soft song. The male can also go the extra mile by feeding the female to prove he will provide for her and the young.

The mating ritual involves the male searching for food for the female and feeding her. This romantic notion looks like a kiss as their beaks touch, and it is referred to as the cardinal kiss. Cardinal nesting usually takes place after they have found a mate in tree branches or thick shrubs. A cardinal nest is visible from one foot off the ground up to 15 feet high.

Cardinals are nesters and usually build their own nests, and they do not use birdhouses or boxes. Some twigs, paper, bark, and leaves can provide them with the necessary material for nesting. Both the male and female fetch the nesting material, but the female usually builds the nest and lines it with animal hair and soft grasses. The male protects the nest from other males who may try to take over.

Most pairs raise two or three broods each year during the breeding period from March to September. Breeding usually starts around March and the second one begins sometime in late May and July. The female will then lay about three or four eggs after mating to usher in the incubation period that stretches between 12 and 13 days until the eggs hatch. The female cardinal carefully incubates the hatchlings since they are blind and featherless.

The male cardinal is responsible for food gathering and feeding after the eggs hatch. The hatchlings are fed three to four times each hour during the first and second day, and the rate may increase to eight times an hour by the third day. They primarily feed on insects when young, but they gradually start digesting and swallowing larger food like grubs as they grow. An Interesting fact about cardinals is that they are known to have compulsively feeding habits that push them to feed other bird’s nestlings.

After 9 to 11 days, the young cardinals are almost the size of the adults, and they can make their first flight. After a few days, the female leaves the nest to recover her weight and strength to build a new nest for the next brood of the season. The male cardinal is left to feed and nurture the young, which includes teaching them various songs and dialects of its species.

The northern cardinals always build nests for each new brood. Both mates will feed the young cardinals for about 25 to 56 days. The cardinal hatchlings begin their lives with pink skin and a grayish scale. As they grow, their feathers slowly start to look brown with some splashes of red, but the male will not attain the bright red color until maturity, which is around 12 months old. A pair that has mated for life will stick together until the next mating season to start the process all over again.

On some rare occasions, cowbirds may lay their eggs in a cardinal nest. The female cardinal may not distinguish the egg since they look almost the same and may end up feeding chicks belonging to another bird. If the cowbird returns and finds her eggs missing, she may damage the cardinal nest. 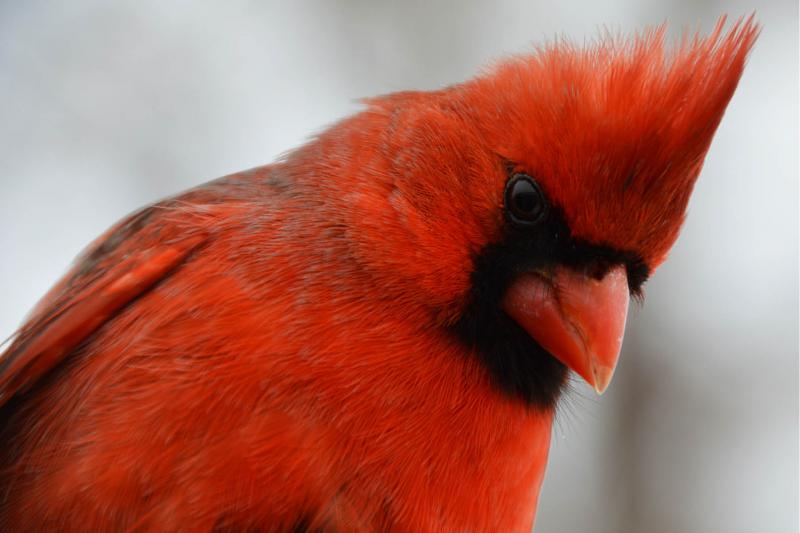 As every birder knows that there is an exception to every rule, even when it comes to birds. So, do cardinals mate for life? Yes! Can they change mates throughout the years? Yes! Birds can leave their nesting territory to join a winter flock, and while some pairs may reunite in spring, others do not. Even though cardinals mate for life, they may change mates over the course of their lives for various reasons. Research has shown that not all chicks of a female cardinal are of the same male cardinal. Some cardinals may change mates with each new breeding season.

It is unclear why cardinals may choose other mates, but other birds choose not to stick together due to a poor breeding season. The male and female may blame each other and break up if the eggs didn’t hatch or the babies did not survive.

Another reason that may make a cardinal seek out a new mate is when the partner dies. On average, about 60% of cardinals live out to the following year, meaning that about 40% of all cardinals die out. Most young cardinals do not make it to adulthood, and those that do have an average lifespan of three years in the wild. However, some cardinals have been recorded to live for 13 to 15 years. A captive northern cardinal can live for about 28 years.

When a female cardinal loses a mate, it usually separates from the flock the mate was killed with and joins another during the non-breeding seasons. The flocks are constantly changing members as they are only temporary groups. When a cardinal rejoins a flock, it will look for a potential mate for the next breeding season by evaluating the qualities of the members.

The mating habits of the Northern cardinal are different from other notable birds. Other than displaying their bright plumage and singing, other birds like the Hawk display their skills, strength, and fitness. They soar high, then perform some twists and turns as they come down. Others, like the swans, perform special dances with their necks to form a heart shape.

The male cardinals are well known for caring for their young. However, this is not the same case for other birds as the male do not remain with the mate. For example, after mating, the male hummingbird does not help the female in caring for the eggs or the young hummingbirds. Other birds that mate for life include the Bald Eagle, Black Vulture, Laysan Albatross, Scarlet Macaw, Atlantic Puffin, California Condor, and Whooping Crane.

Many Cardinal deaths occur in the breeding season. This is due to the cold and harsh cold months. They also have their fair share of predators. Due to their small size, they are prey to other larger birds such as eagles and owls. Other predators include domestic cats and snakes, squirrels, and chipmunks. They are most vulnerable when looking for food close to the ground.

Cardinals exhibit some similarities with humans in terms of how they handle relationships, breakups, grief, and moving on. They spend time regrouping and then search for a mate to partner up for life. The answer to the question do cardinals mate for life? Is simple but when the circumstances change the birds adapt.