While most people expect to wake up on a quiet sunny morning and hear birds chirping, few expect to hear them when they’ve settled in for the night. While the majority of birds are diurnal and spend the nights asleep, there are some nocturnal birds who exclusively chirp at night. The reasons for this phenomenon may surprise you.

Why are birds chirping at night? 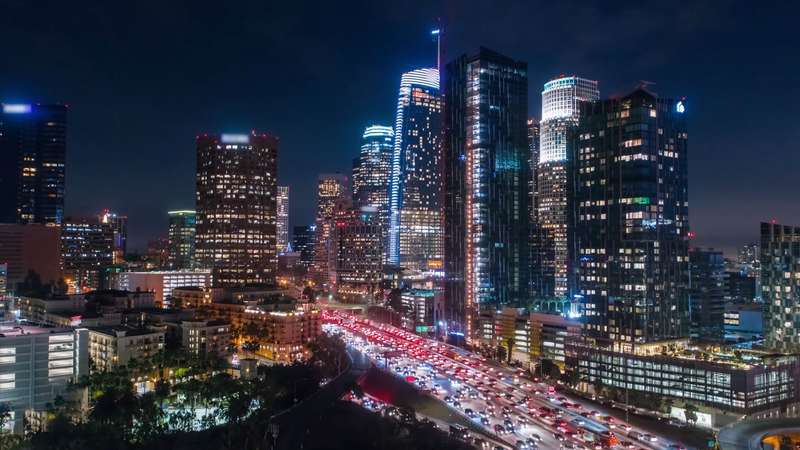 A bird’s song is often the first sign that dawn is upon us, since most birds awake early and sleep in the evenings. A bird singing at night may simply be confused. One of the main reason for bird confusion is light pollution. Birds that live in large urban areas and growing towns often mistake the artificial light of buildings and streetlights for the sun. They because disoriented, chirping when they should be sleeping. This is especially true for birds like the American Robin and the Song Sparrow who mainly live in urban areas. Over time, some species eventually adapt to the light pollution and regain their normal sleep/wake cycles, but hearing night singing in the city is common.

Light pollution is more than just a nuisance to birds. Light confusion can interrupt migration cycles and threaten breeding activities. Bird enthusiasts eagerly await the late spring arrival of birds from the southern regions, but the most observant birders will notice that fewer birds return from their trek. For a bird, migration is a physically taxing logistical dance, one that is dependent on evolutionary instincts practiced over centuries. Because most songbirds migrate at night, light pollution interrupts their circadian rhythms and disorients them. Lights from buildings attract the birds, leading to fatal collisions during the trip. In the Northeast region of the country, there is a gauntlet of major, brightly-lit cities that the birds must navigate in order to make it to their warm-weather destinations safely. Many will not arrive, while the others soldier on, chirping and singing at night while they’re on their journey. (1)

Warnings to Other Birds

Birds live precarious lives, often spending their days protecting themselves and their offspring from predators of all types. A bird may chirp and sing at night to warn other birds of predators in the area. Birds may team up and chirp loudly in order to create a menacing cacophony of voices meant to scare away a roaming cat or circling hawk. If there is a clear and immediate danger, birds may emit high-pitched sounds in order to warn other birds to leave the area. (2)

Birds not only send out the warning call to their own species but to others as well. A robin may send up the distress call, warning the goldfinches, sparrows, nuthatches and finches that a predator is nearby. Some of their calls are barely audible to humans, while others sound like a pleasant song in the middle of the night. Birders often race outside to see the songstress, only to be met with a view of empty trees. Many night singers hide in the tangles of branches and bushes, sending out the warning call from a place the hawk can’t see or access. Researches have been fascinated by this form of bird communication, and have even deciphered some of the calls, discovering that the birds’ songs often vary depending on the specific threat and intensity of the danger.

Birds that Sing at Night

Almost any bird can sing at night if the situation warrants it, but there are some birds that exclusively sing at night. 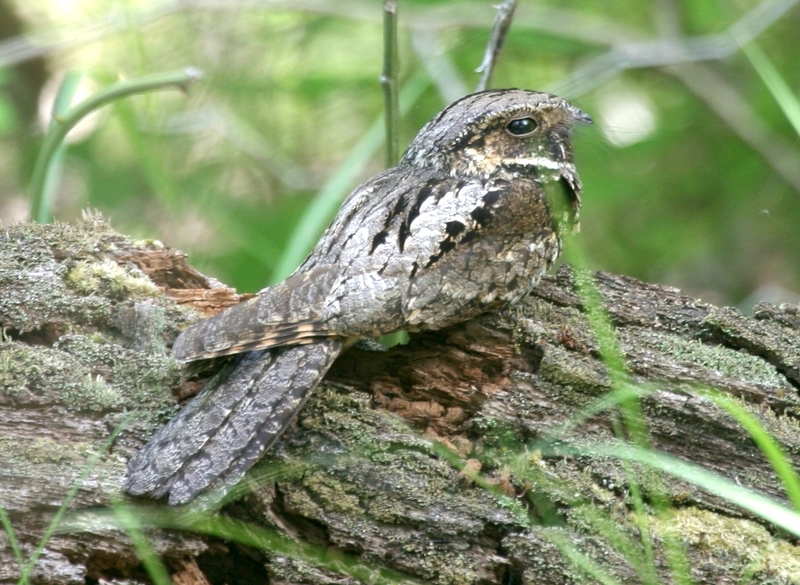 The Eastern Whipoorwill is not technically a songbird, but its distinctive chirp has been known to punctuate the summer night in many urban areas. If you hear its call, don’t bother racing out to see it. The Whipoorwill is a master of disguise and its ability to camouflage is one of its best protective traits. Their population is on the decline and they are in danger of extinction due to the loss of the insect population that sustains them. They are also susceptible to collisions with cars and buildings, according to the American Bird Conservancy (3)

The Barred Owl’s call is described as “who-cooks-for-you,” and can be heard all over North America at night. During mating season, these calls can be especially loud and varied, with the owl hooting, cackling, gurgling and cawing. These owl are prolific hunters, alternating between calling and hunting at night, searching out smaller birds and small mammals. You are most likely to hear the Barred Owl in the Pacific Northwest, but they are common in almost every region. 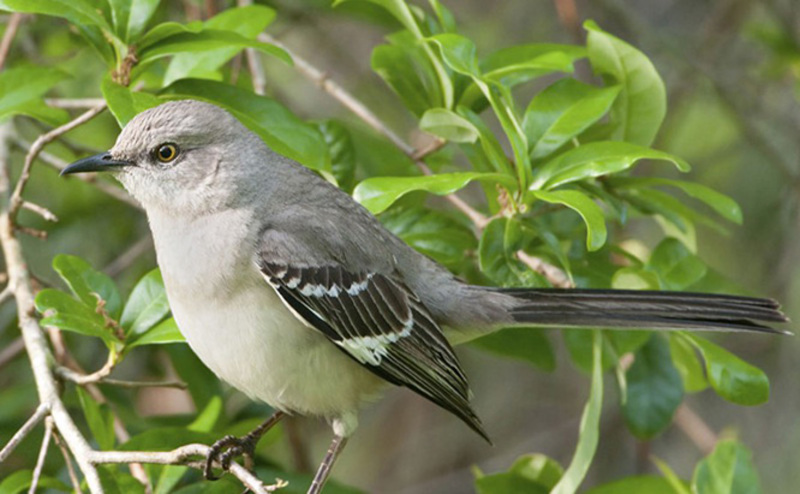 The Northern Mockingbird has a catalog of more than 200 songs, making it more talented than most pop singers. Full moons often trigger a round of songs from these birds, and they are especially vocal during mating season. Although they are found in most regions of the country, their numbers are on the decline. Cats are their main predators, and the American Bird Conservancy have started an initiative to encourage cat owners to keep their felines indoors. 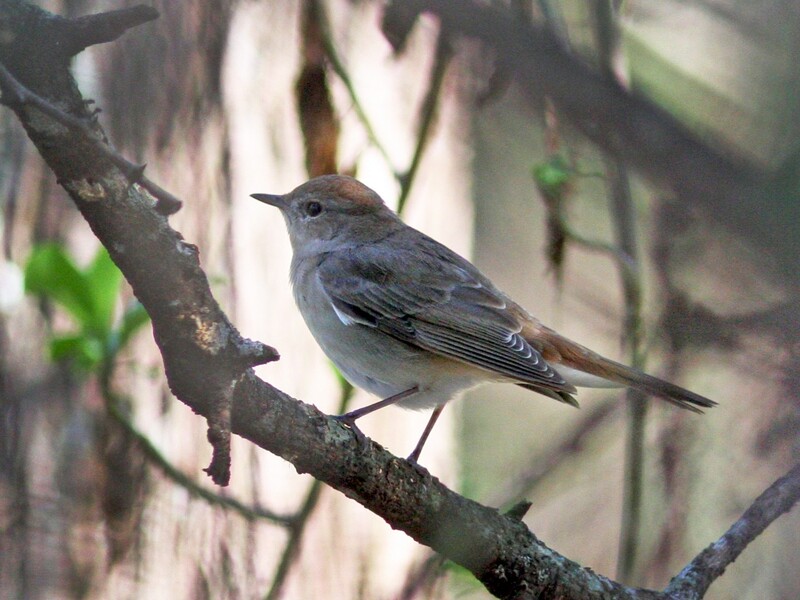 The Nightingale is found all over the United States, Europe and Asia and bird researchers have identified more than 200 distinct Nightingale songs. The bird hides out in thick brush at night and vocalizes from dusk until dawn. The bird’s songs can be heard for miles and their flute-like tones are distinctive to both birders and other species of birds. 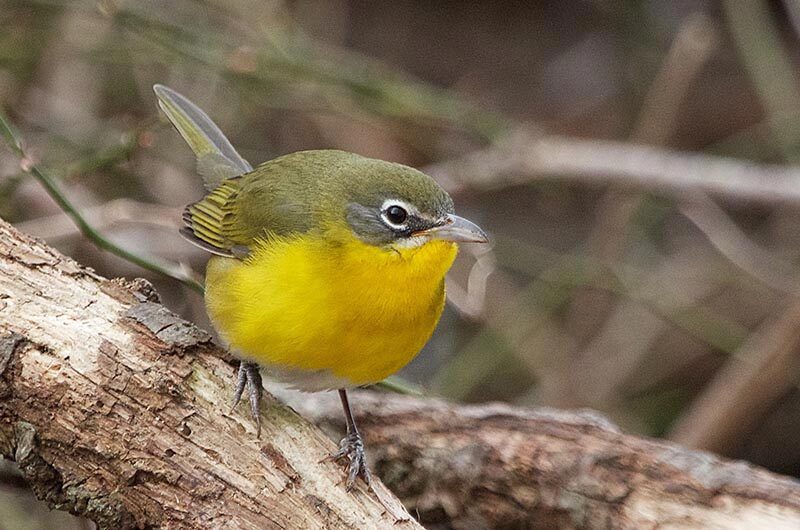 The Yellow-Breasted Chat is part of the warbler family and typically only sings in the spring. Chirps, chatters and raspy notes are part of its repertoire, and they often sing from wide, open spaces. Expect to hear the Yellow Breasted Chat in meadows or in parks at night. This bird is in abundant supply with a growing population, even in urban cities. (5)

Birds are known for their morning songs, but there are some that exclusively croon at night. Why are birds chirping at night? Many people are ponder this question when they are surprised by night singing. Whether they are preparing for migration, attempting to attract a mater or simply sending up a warning signal, nighttime is often prime time to enjoy the songs of many North American birds.