There are over 200 species of hawks across the world. Within the United States, there are at least 25 species currently. For this guide, we will be focusing on hawks in Colorado. The state of Colorado boasts some of the most beautiful outdoor wonders and wildlife. From the Rocky mountains to the grasslands, we will be exploring various types of hawks in Colorado below. 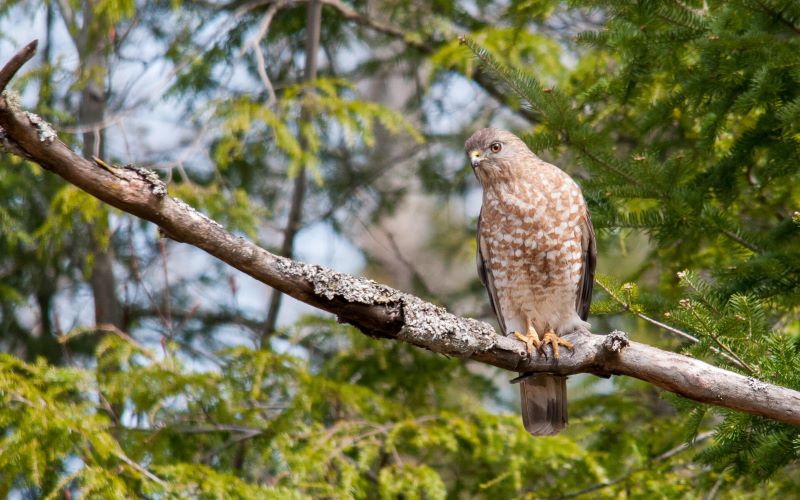 The Broad-winged hawk likes to perch itself in tall trees and scout for small birds and mammals to eat. Its solid, pale reddish brown back and lighter red underbelly make this hawk easy to spot along shorelines in nests they have most likely stolen from other birds.

The best time to see the Broad-winged hawk in Colorado is at the end of the months of September and October and at the beginning of May. They migrate in large flocks and will travel long distances throughout the United States and Canada. 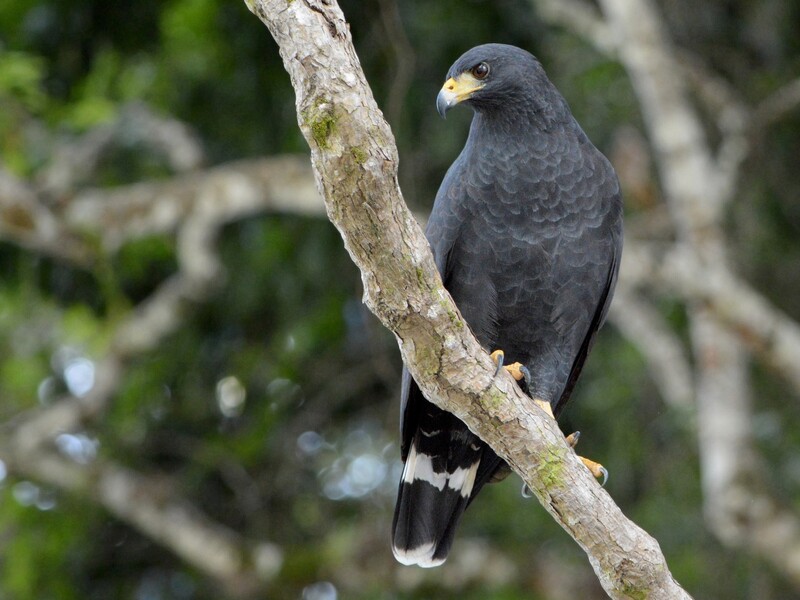 This solid black hawk can be found in the southern parts of Colorado near streams and small bodies of water. The Common black hawk is bulky and has broad wings. They hunt from low perches in trees and then glide down and catch their prey with their sharp talons.

They like to make their nests in groves of trees, usually sycamores or cottonwoods. This hawk is vulnerable to loss of habitat due to human disturbances. Common black hawks will actually abandon a nest if there is too much human interruption in and around their nesting area.

Noted below, you will find that the Cooper’s and Sharp-shinned hawks are very similar in their coloring. Although, the Cooper’s hawk is slightly larger than the Sharp-shinned. They both like to chase and hunt smaller birds and mammals. They have blue-gray feathers on their back and light brown and white plumage on their undersides.

Even though these hawks can be seen throughout the year in Colorado, the best time to spot them is in the months of April or October. They sometimes frequent urban areas for hunting but generally keep to the wooded areas where they like to nest and raise their young. 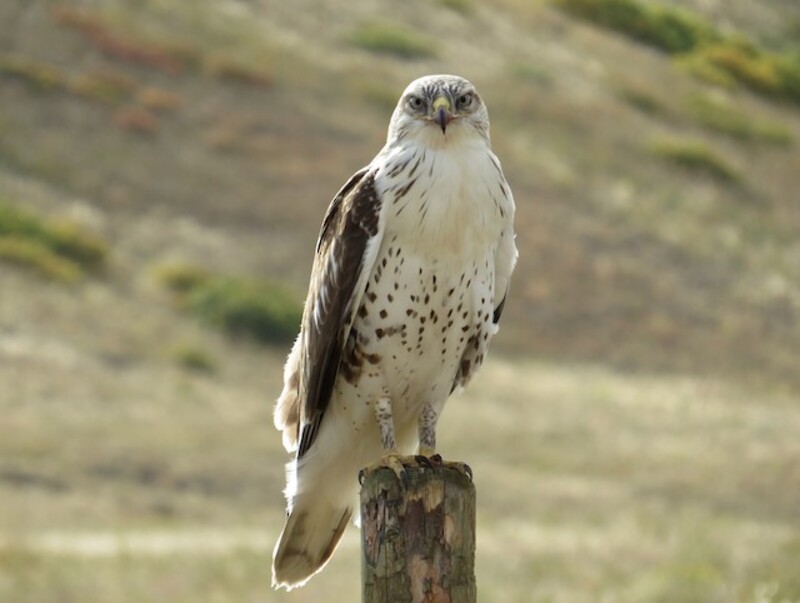 This hawk comes in two varieties: light and dark. The dark variety is a deep brown all over with a few light spots. The light variety is pale brown and white on their underside and dark brown on top. Like the Rough-legged hawk, the Ferruginous hawk has plumage all the way down to its feet.

These hawks prefer arid habitats and like to hunt for small mammals, birds, reptiles, and insects. The Ferruginous hawk was once listed as an endangered species, but its numbers have been on the rise in the past few years.

With its unique appearance, the Harris’s hawk is mostly brown with reddish shoulders. Its tail feathers are black and white, and its wings have white streaks. This hawk likes to hunt small mammals and rodents.

The Harris’s hawks are social hunters and will team up with other hawks and share food between the hunting party. The Harris’s hawk will also protect a territory together. This hawk is rarely seen in the state of Colorado, but in between the months of December and February, you might catch a glimpse of them in the southwestern parts of the state. 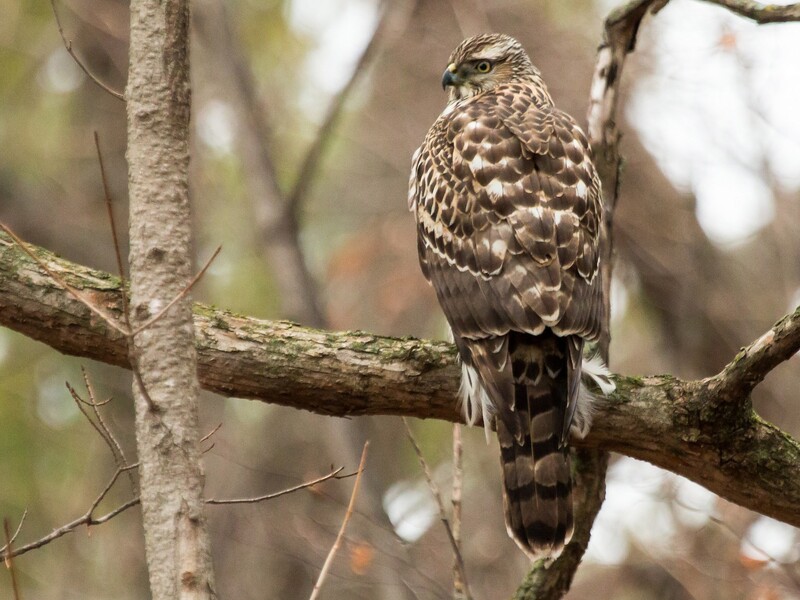 A Northern Goshawk has unique dark plumage coloring. Dark gray wings, pale underside, and black heads make this hawk hard to spot sometimes. They also have very prominent red eyes that can be seen when up close. They like to hunt fiercely with their talons out, ready to strike.

This hawk is capable of high-speed pursuits, and it is known for its multiple nest-building skills. The Northern Goshawk is aggressive and likes to make its nest in dense forests with strong canopies. They can be spotted in Colorado in the summer between the months of June to September. 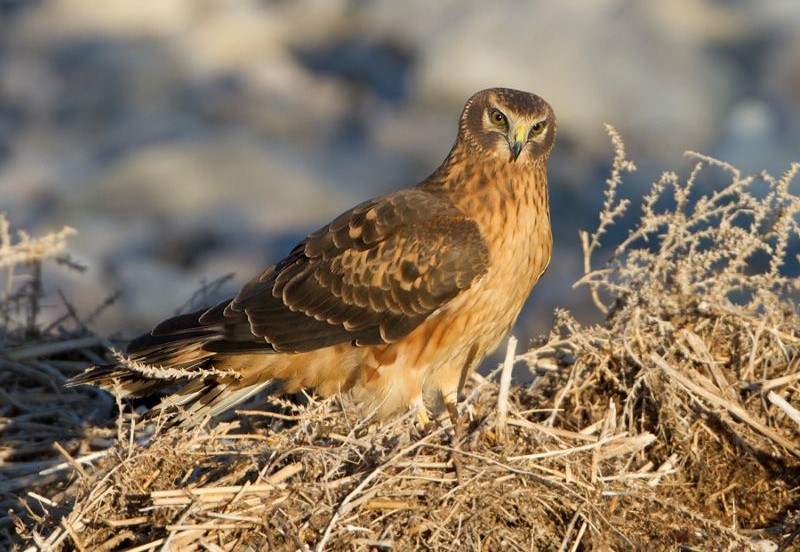 The Northern Harrier has owl-like features in its face, and it hunts like the owl too. It will rely on its vision and hearing to catch its prey. Often it will go after larger prey and then drown it in the water. This hawk is one of the larger hawks found in Colorado.

With its brown body and flat tail, it blends into the ground where it likes to nest. It lives in Colorado year-round and can be quite vicious when protecting its territory on the ground.

With its reddish-orange plumage on top, the Red-shouldered hawk earns its name accordingly. Its underside is black and white check, and when mating, the male will put on quite the show. When nesting, this hawk will reuse a nest from the year before.

Red-shoulder’s are known for being aggressive towards other birds and even humans. They are often spotted near bodies of water where they like to hunt and nest in the tall trees along the shoreline of the water, whether it be a lake, pond, or reservoir. The population in Colorado is very small for this species of hawk.

As one of the most common hawks found in North America, the Red-tailed is often seen all over Colorado in the winter months. It has white undersides and has very distinct red tail feathers, hence its name.

These hawks mate for life and even hunt together with their partner. They tend to frequent open areas and will perch in the tops of trees or atop telephone poles searching for food to eat. 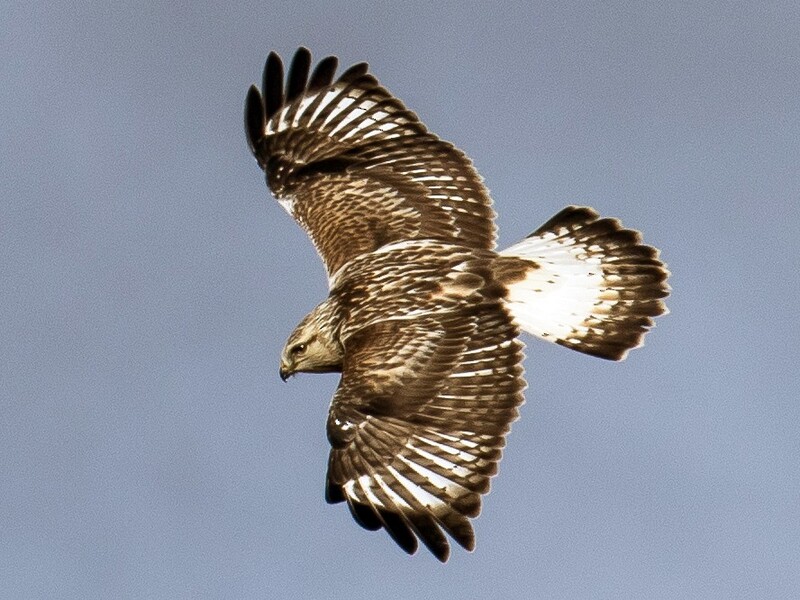 This very large hawk spends most of its time hunting in open areas or marshes. They prefer to nest on the cliffsides, but not in Colorado. The non-breeding population spends time in Colorado as migratory residents.

Sharp-shinned hawks like to chase after small birds and mammals in suburban areas. Because they can’t digest feathers, they will pluck their prey before eating it. They like to nest high in trees and be found year-round in the state of Colorado. 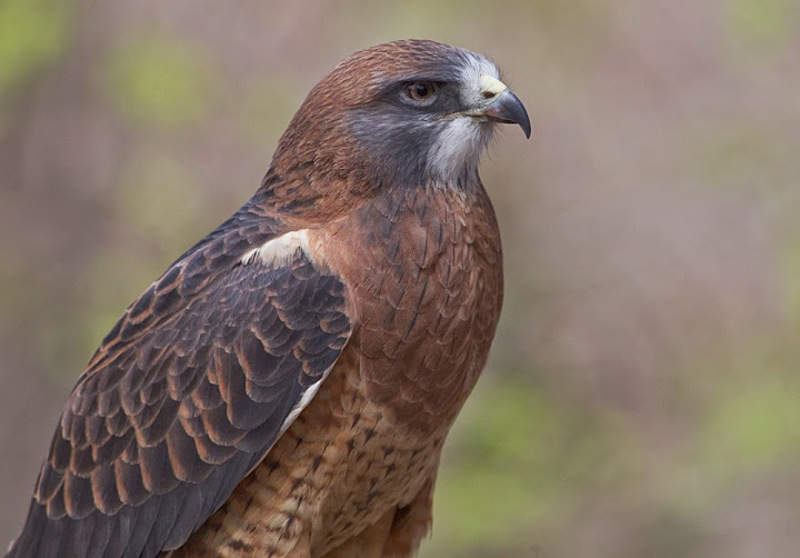 This slender hawk has a brown upperside and a distinctive white patch on its neck. The Swainson’s hawk is very territorial and likes the open countryside. They stay in North America for the summer and, in winter, travel down to South America.

These hawks are sometimes called Grasshopper hawks because their favorite food is the grasshopper. In some states like California, this hawk is listed as a threatened species. 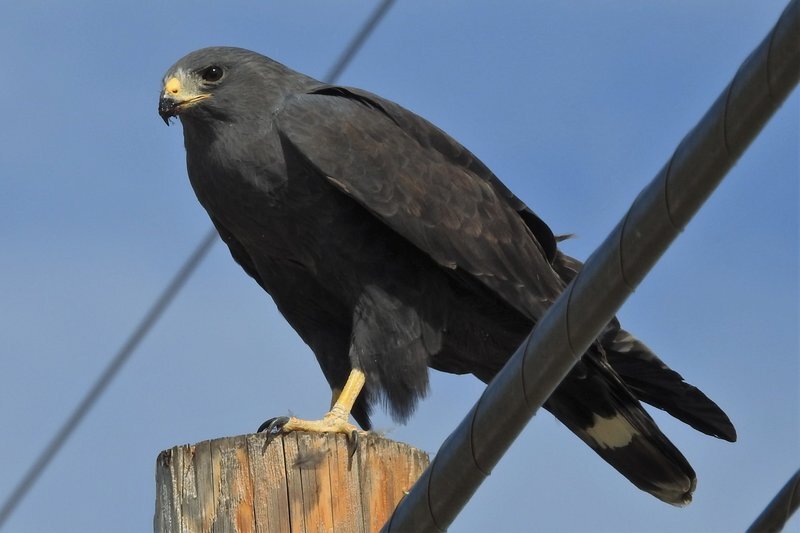 Zone-tailed hawks have a long-tailed and can be compared to a Red-tailed hawk in size. These hawks are grayish-black with white and black barred underbellies. They like to fly slowly and low over the treetops.

The Zone-tailed hawk likes to drop onto its prey from low heights. This hawk prefers to live in upland desert areas, mountain pine forests, and foothills. This is why California, Colorado, and other southwestern states are a perfect spot to call home.

The above hawks in Colorado can be seen more commonly than others that we did not list. Due to Colorado’s varied landscape and climate, many species of hawks and other birds call it home or like to visit when they are migrating.